Thousands of Ukrainians with no military experience are in a desperate situation. We’re collecting money to buy body armor for Misha and his unit – the defenders of Ukraine against the brutal Russian invasion.

I’m David Meyer-Lindenberg, an editor and translator from Heidelberg, Germany. Let me tell you about my best friend, Mykhailo – Misha – who’s fighting for his life and the freedom of his country, Ukraine. We met in 2018, when we worked together in Washington, D.C. I assumed he’d pursue a career in the States, but he told me he wanted to go back to Ukraine, that his country needed him.

He kept his word, returning to Kyiv with the goal of helping develop Ukraine’s economy. We met up as often as we could, and we planned to take a motorcycle trip across Ukraine.

But on February 24, 2022, Russia invaded. As an army reservist, Misha was immediately called for service. I offered to get him out, but he refused. He said his country needed him more than ever. Instead, he had a request: Could we do anything to help him and his friends survive?

A major problem facing the Ukrainian army is a lack of supplies, from sleeping bags to body armor. This is especially true for soldiers like Misha, who were called up from reserve status or drafted. Sometimes, all they were given was a rifle, and then, to quote Misha, you go into battle “pretty much naked.”

My friends and I have been looking for ways to help since the war broke out, and we’ve had some big successes. Two weeks ago, my partner Kay and I got back from a special delivery to the Polish-Ukrainian border, driving nearly 1600 miles to get 300 thermal scopes to Misha’s brothers-in-arms as quickly as possible.

All this time, our goal has been getting body armor to Misha and his people so they no longer have to fight “naked.” We know how to safely get supplies to the border – we’ve proven that. Next, we had to find a reliable supplier. Thanks to the assistance of the German police, we’ve done that too. We can now buy body armor good enough to protect against even armor-piercing rifle bullets at rates as low as 600 euro a vest. So far, we’ve raised enough funds to buy 120 vests, but many more are needed.

Moreover, some of our friends have begun making their own vests at a clothing factory in western Ukraine. They need supplies, from armor plates to synthetic fabric to Velcro, to keep going.

Our most important task now is to raise the funds to pay for these things. I humbly ask for your help in protecting Misha and his friends. We aim to raise $50,000 to purchase armor and armor-making supplies, which Kay and I will then take to the border and Misha’s unit. Every dollar you give helps: Even if we can’t buy everything on the market, we’ll buy as much as we can. I don’t want Misha or his friends to die for lack of a vest.

I can’t wait to see Misha again and take that motorcycle trip, but it won’t be possible if he, like so many of his countrymen, falls victim to Putin’s senseless aggression. He and the other brave young men and women in his unit desperately need our help. Thank you from the bottom of my heart for stepping up. Let’s save him and as many of his guys as we can.

All the best,
Davi

A personal appeal from Misha 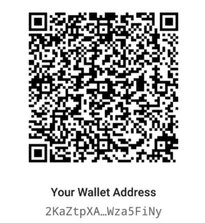